I'm have to admit something: I might buy the february issue of Burda magazine! It has been a long time (and I'm not sure yet, but since the issue has just popped up at the counters, I still have some time to rethink this)! But just look at these beauties: 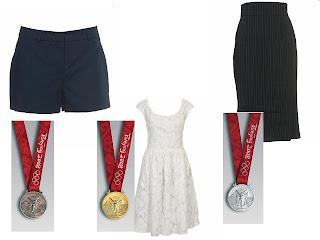 The whole part about 50s style patterns in italian theme has totally wowed me. This might be because of my recent interest in vintage fashion, because I'm drawn towards feminine sillouettes or just because the pictures were amazing, but this part makes the issue worth buying for me. And the patterns are not in plus size to boot!
You will see this week that I already have some "business" shorts at home and wear them occassionally. I think I have to sew some of them in marine fabric and I'm torn between this pattern or Burda Style's Ruby. The high waisted pencil skirt looks awesome on the model in the issue and I hope it would also look good on me. But I'm most smitten by the dress! I ordered a vogue pattern two weeks ago when I didn't know about this pattern in the Burda issue. It would have saved me some money (buying the whole issue of Burda is cheaper than one Vogue pattern - oh the injustice! ^^) and I actually prefer this look alittle bit. Hrmpf... 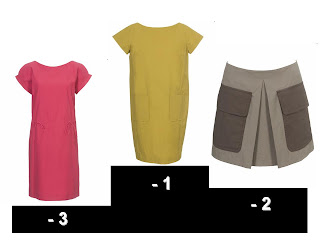 On the other hand, Burda fully embraces the eighties (colourwise) and "frumpy dresses make me look skinnier" trend again. I don't think that the O-sillouette flatters anyone but the fairset of women. It might look good on some elves or fairies, but everyone who has a pound to hide only emphasizes this in the shown dresses. While the pink one has at least some shaping by pull straps, the yellow one is just...- round.
And why oh why do designers create skirts which emphasize the hip? Do you know any woman who wants to show off her saddlebags? Me neither. So just avoid sewing this skirt!
Eingestellt von MindLess um 5:55:00 PM

Wahahaha "saddlebags"!
You made my day, honey!


And I agree, I LOVE the dress pattern. 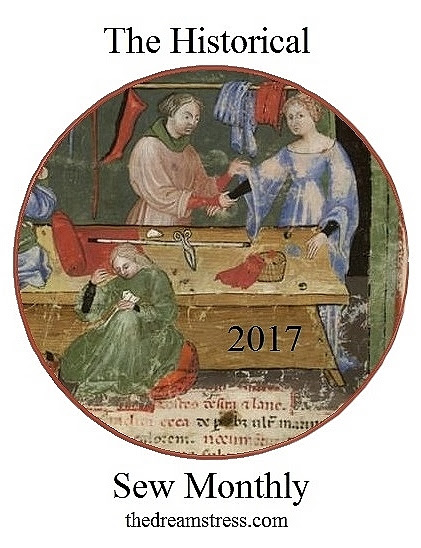